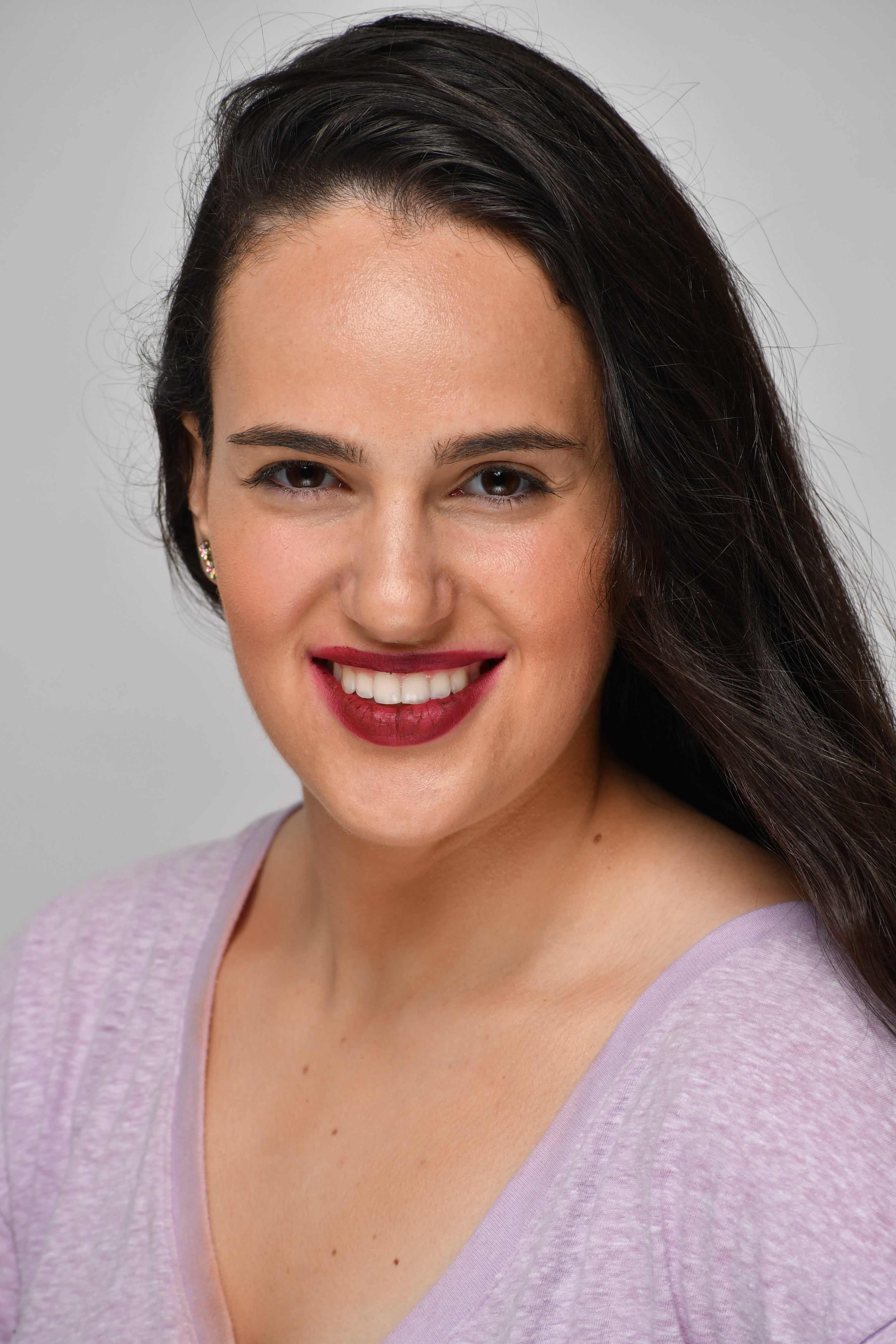 Adela Azses, is a Mexican tap dancer based in New York admired for her skill, passion and tenacity for tap dancing her way to success. She began dancing in Mexico and is now in New York with great expectations for herself. Despite having studied International Relations and there being no one in Adela’s family that is a dancer- and even more startling,  having only taken up dance at the age of nineteen, her career has taken off with impressive speed.

If you think you’re going to convince Adela Azes to do anything else besides the dance, you are wasting your time. There is nothing that excites her more, or fills her world completely, than her fascination and dedication in body and soul to tap dancing.

Not even the study of her career in International Relations at the Universidad Iberoamericana in Mexico made her put aside her interest in tap dancing or hesitate, not even for a moment.

It is not unreasonable to imagine that her path would take her to New York, the most physically and emotionally challenging city for an artist in the United States.

Adela Azses has succeeded through her efforts and discipline, she was chosen as one of the two solo dancers in the choreography of the New York City Choreographers Forum of 2019, proof of her excellence at dance.

We had the great pleasure of interviewing Adela via Skype in New York City. During her interview, her enthusiasm appeared contagious and her dedication dance is unparalleled.

HER PASSION FOR TAP IS AWAKENED

Adela’s first memories of tap dancing began at the age of nineteen, with street styles and commercial hip-hop in Mexico, but it was not until she was twenty one her true passion emerged for tap, after enrolling in classes at Broadway Dance Center while simultaneously studying abroad at Fordham University in New York.

She went there to improve her musicality, but the teacher in her first class, Jill Kenney,  inspired her in such a way that she raised her confidence in making the decision that tap is what she really wanted to do the rest of her life.

NEW YORK – A Career in the Making

Adela was recognized as part of the Raw Artist Family in February 2020, an organization that serves independent artists with tools, resources, education and exposure needed to thrive and succeed, while creating community, in different cities all over the world.

She was able to present her own choreography at the Melrose Ballroom event in January 2020, in Queens, N.Y., “it has been an incredible learning experience” expresses Adela.

Adela also has had the honor of being presented as a lead dancer at the Broadway Dance Center Showcase in the Symphony Space, the 93 Street Y showcase at the Harkness Dance Center, and the American Tap Dance Foundation show “Something Afoot.”

She also performs often as a soloist, she competed at the Tap Fest Guadalajara, Mexico in 2018 and placed first. And this year she danced as a sole performer at the Women in Tap Detroit Festival and was invited to perform as a soloist at the Kuala Lumpur Tap Festival in Malaysia.

Her most recent performance was in March at the Long Beach Public Library, New York, for the show “A Taste of Tap”, where she had the opportunity to dance as a soloist, a part of a duo, and was the lead dancer of two other numbers.

New York is one of the most demanding and difficult places to excel in dance and especially tap. “It is difficult, although with visa limitations for being Mexican, I have been able to participate in many performances, as part of my training and experience”.

She emphasized the community here in New York is also very inspiring and supportive, despite the high demand and competition.

“What I love the most about tap dancing is that it allows you to bring
your own personal style to it and be yourself at all times, your looks,
gender, race etc, doesn’t limit you, its about what you can do.” – Adela Azses

One of the most gratifying experiences in tap dancing for Adela was performing a choreography by Jill Kenney, entitled “Changes” and she expresses: “this work was super important for me, because it was my first performance as a soloist. Also, the choreography was something special because it tells part of my principles, my doubts and in the end the clear decision to pursue this career with her whole heart.

I also learned with this piece to control my body better and to work on performance, it definitely marked a before and after in my dance journey”

WHAT MAKES HER STAND OUT AS A DANCER

Adela is very humble when answering what makes her stand out among the other dancers, especially being a foreigner in New York. “I really feel that the hard work in the preparation and dedication in the dance transcends in your performance.

I think I had the advantage of having excellent teachers of different and varied styles and that has helped me learn and advance more quickly. But above all it is your work ethic and constancy what makes you stand out”, answers Adela.

BEING A FEMALE TAP DANCER

Many of us have well established memories or images of men dancing tap in the movies or upon the stage and when asked what she thinks about this, Adela replies: “I think there have been excellent female tap dancers, and perhaps they have not been recognized much in the past, they went unnamed a lot because they were mentioned as “chorus ensemble” or “partner of”.

As almost every other aspect of life in the twentieth century, the gender role of women as nurturers and not protagonists was solidly established and that was not the exception for this art form.

I think also the origins of the art form have a lot to do with it, tap dance was born on the plantations, and there was no women there,” explains Adela, who is knowledgeable about the history of tap.

But she thinks that today there are even more women than men leading tap shows, “that’s without forgetting and recognizing that there are men with a lot of talent too” says Adela.

DANCE BEYOND THE GENRE

At the end, Adela says that dance goes beyond the genre. “Talent in tap dancing does not discriminate, each can be as good as the other.” But in her case Adela says she has had more experience working with more women than men.

The people who inspire her the most are two historical women in tap dancing: Jeni LeGon and Mable Lee, and of course the great contemporary artist Michelle Dorrance.

When you ask Adela what she recommends to a woman who likes tap dancing, but does not have the courage to do it, she says: “tap is for everyone, it is something that makes you happy, you must leave behind all prejudice, it is all about concentrating and working hard on what you like”.

“Besides, I’m living proof that the age you start tap-dancing doesn’t matter how you get ahead.”

Her simplicity leads  her to comment that the greatest prize for her is finding the joy and freedom of becoming what you want, the process of leading to a determined and anticipated end. Adela expresses that the three or four minutes you spend on stage is just a result of your great efforts.

“The process that leads me to present a dance choreography, and the growth you had as an artist during that process, is the real prize” – Adela Azes

Although her career has moved upward with a rocketing energy, Adela says she still has a lot to do in the future. She obviously wants to keep learning and preparing herself even more.

“I would love to be a teacher and share this knowledge that I have had the honor of receiving since I arrived in New York from these great teachers.

It was because of a great teacher that I finally had the strength and confidence to decide to do what I love and I am happy to do it.”

“I wish I could pass that on to other tap dance students and help them grow as all these great teachers I have had since I arrived in New York have helped me. That would give me enormous satisfaction.”

When we asked how the type of floor plays a role for tap dancing, Adela tell us that its a major one because the floor is half of the instrument, the best floor for tap dancing is a hardwood surface with air underneath.

Why? “Hardwood is very unlikely to splinter, and the air underneath helps create resonance, so the dynamics in the sound can be heard, and also prevent injury and high impact on your back and knees.

Besides on stage performances the accurate use of microphones its crucial to help transmit that satisfying clear sound of tap shoes that we all love.” she explains

TAP SHOES AND MORE ON ADELA

A pair of tap shoes lasts me: almost two years!

My favorite color of tap shoes is: purple and blue, although lately I’m fascinated by the simple color of black, especially the Capezio 360 brand.

My favorite food in New York: “uf, it’s hard, because I love them all, but I confess I have a weakness for Mediterranean food here in New York, Hummus Kitchen is one of my favorite places to eat.”

One thing I love to do, and that very few people know is: “Drawing, I’m not Picasso yet, but I love to draw”

We salute ADELA AZSES for being a Mexican dancer who has excelled in tap dancing, on her own merits and dedication in New York, one of the most difficult places to succeed for an artist. And as a dancer with a great future in the world of Tap worldwide.

In addition, Adela Azses’ successes are a reminder  that it is never too late to start dedicating yourself to what makes you happy. Her joyful smile while dancing on stage says it all.