A CONVERSATION WITH FRANCISCO CANTU 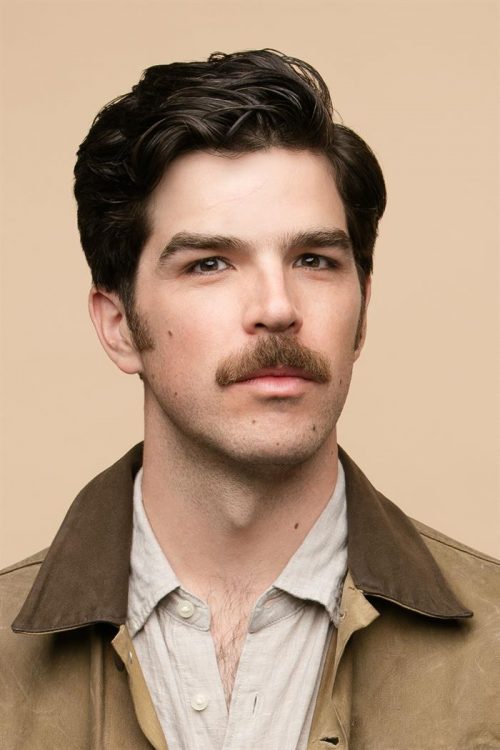 Writer and translator, of Mexican background from Arizona, Francisco Cantú’s book of personal experiences as a Border Patrol Agent “The Line Becomes a River” has unleashed a wave of both celebration and controversy regarding the border among various groups of immigration activists in United States.

A former Fulbright fellow, he is the recipient of a Pushcart Prize and a 2017 Whiting Award. His writing and translations have been featured in Best American Essays, Harper’s, n+1, Orion, and Guernica, as well as on This American Life. He lives in Tucson.

I first stumbled into Francisco Cantú outside the author’s tent at the Texas Book Festival in Austin while looking for the Mexican authors’ schedule. Without knowing who he was, I asked him “do you know if Paco Ignacio Taibo is included in this panel? – “Yes” – he said, “it’s here”. A few minutes later, to my surprise, I saw him sitting next to the Mexican author Paco Taibo. He was one of the speakers as well, he was going to talk about his first book: “The Line Becomes a River”.

The narrations of his first hand experiences in the border as a Border Patrol Agent were gripping, but humane, and amazingly, funny at times. We were all impressed; this first time author had a lot to say… and said it well. He was the audience’s favorite.

Francisco was born in Prescott Arizona. He is the son of an American father and a Mexican immigrant mother. His mother used to speak a little Spanish to him but it wasn’t until he started high school that he learned the language. His questions about his Mexican background started to pop up in his mind slowly and continued during college at American University in Washington, D.C. where he studied International Relations. He focused on the border with a passion but he felt that he needed real experience there in order to understand it, and to answer the questions lingering in his mind. He joined the Border Patrol in Arizona. Four years later, he left his job in order to continue his studies to obtain an MFA in Creative writing from the University of Arizona.

I interviewed Francisco Cantu on the segment of his book tour through Texas. His presentation in Austin was controversial –to say the least–. Shouting protestors of all sorts showed up at the event and seemed to blame Francisco for all the problems on the border. They prevented him from talking about his book. Why do you think they were so enraged about you talking about your book?

A NPR interview a day earlier had caused a wave of criticism and misunderstandings regarding my book. They think I am benefiting economically at the expense of the characters in my book. The sad thing is that most of them have not even read my book. In addition, a portion of my book sales is donated to centers that help immigrants.

How long did it take you to write this book?

About 5 years. I didn’t write until a year after leaving the border patrol.

You wrote this book looking for answers?

It’s more like a memoir of my life with the Border Patrol and hopefully with this book, it will stir up more questions about the border. I don’t want for them to read an easy answer. When I left the BP I had even more questions. There was always a certain tension. It was hard to feel good at the end of the day.

What does the border signify to you?

It’s a living binding landscape; there are things that happen every day and look so normal, but it’s important to see clearly what’s not normal. The Border can be a place that is both black and white, only preserved with the grays. It is rich, complex, nuanced, really heart breaking, uplifting, enriching… A microcosm. It seems that lately, the Border Patrol seeks to set policy – get involved in politics, rather than to simply enforce the laws that congress passes. Was it different when you were there?

I am not sure how it is internally now that I am away from it. Criminalizing human aid and destroying water bottles should be accounted for. Finding a dead body in the desert is not right. Humanitarian groups are really working to prevent these actions. Our policy right now… well, we are really de-humanizing the migrants from Mexico and casting them as criminals, viewing them in negative terms as individuals.

In March 1933 President Roosevelt opened the Good Neighbor Policy: “…the neighbor who resolutely respects himself and, because he does so, respects the rights of others…”. What do you think would really help USA and Mexico to be good neighbors, especially at the border?

The first thing we can do is to recognize it is a humanitarian crisis qnd to address the fact that the border is now more dangerous.

You recently commented that some of the best writing about the border is found in poems. Have you written any poems yourself?

No, in creative writing school I was required to take a poetry class. If I do, I will write documentary poetry; like that of Sara Uribe, John Pluecker and Antígona Gonzales.

Have you read poems of Drum Hadley and his Book “Voice of the Borderlands”? He was a Beat poet and cowboy in Mexico, then a rancher on the Mexico-Arizona border.

Yes, I have. I love Drum Hadley and his “Voice of Borderlands” book. In fact, my uncle’s ranch shared a border with his ranch near Palomas, Arizona and Rodeo (New Mexico). Luis Alberto Urrea enthusiastically endorsed your book. Was he involved in providing advice while you wrote it?

Luis Alberto helped me with my first manuscript. He has been more than generous to me.

You intertwined the Spanish words and phrases into the English text flowing nicely through the book.

I felt that the text should be representative of the language spoken on the border. Even if you didn’t grow up speaking Spanish, you learn how to use the phrases and common language. I wanted to bring the mixture of the two languages not as failed grammar, but more like a symphony of sounds.

Have you seen a movie that actually reflects the Border Patrol Life?

“The Touch of Evil” with Charlton Heston (1958) is a reflection of the Border Patrol life directed by Orson Wells and “The Border” with Jack Nicholson (1982). The movie with Tommy Lee Jones “No Country for Old Men” (2007) based on the book of Cormac McCarthy is a good picture of the border life itself, even though it is not from the point of view of a Border Patrol Agent.

Do you think your book will make a good movie about the border?

I am not sure it would make a good movie, I don’t think so. This book will be hard to put into a cinematic structure.

You said earlier “no matter what obstacle we put at the border, it’s going to be subverted. People are going to find a way up, over, under or around it”. So do you feel there is no hope? Not only for ending immigration, but the deaths of men, women and children during the brutal journey across the desert towards the USA?

I feel that more than hope in ending the border immigration problem right away, there is the urgency for a new policy to be set to prevent more deaths. The Line Becomes A River, which will also be available in Spanish in April 2018, will help you form your own opinion about the Mexican-American border.

What are the roles of women in your book?

When you start talking about the border, the desert, and border patrol agents, it feels like a very masculine world. However women, the characters behind the stage, are the spirit, the glue, if you will, that keeps everything together. They have a different kind of strength than men.

Can you give an example?

Like the character of Lupe in my book, the wife of José, after being deported back to Mexico she stays here in the US and raises her three boys while working and keeping the family together, like thousands of women that suffer the same separation. Woman on the border are resilient and brave for crossing the desert. They are more at risk not just for the loss of money, but their bodies are at risk too, since they could be subject to human trafficking as well.

You mention your mother all throughout the book.

My mother was a Park Ranger in Arizona and because of her I love and admire the desert, the outdoors. She was a single mother and I remember we always exchanged one single gift on Christmas. She is one of the main characters in the book, and the voice of conscience in the entire book at times. She was not very happy when I joined the Border Patrol, she respected my decision, but she always demanded from me accountability for my actions as a border patrol agent.

Living close to the border or away from it, some people feel like empathy for the migrants is enough, we even pat ourselves in the back when we think about our actions of empathy, and that’s it. We need to move beyond that and do more.