ALEJANDRO ARAVENA: AND HIS ELEMENTAL ARCHITECTURE IN AUSTIN, TEXAS 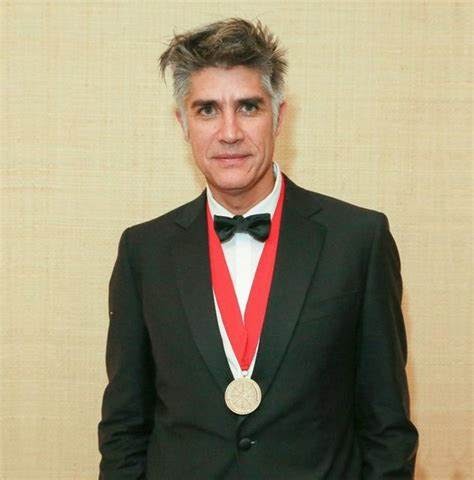 Austin, Texas has the only building in the United States designed by architect Alejandro Aravena, the first Chilean winner of the Pritzker Architecture Prize 2016. As many will know, this international prize is awarded each year to an architect for significant achievements, often called “the Nobel Prize of Architecture”.

Alejandro Aravena is the founder and executive director of ELEMENTAL, a “Do Tank” based in Santiago, Chile, which focuses on public interest and social impact projects, including housing, public space, infrastructure and transportation. Through ELEMENTAL, he has built more than 2,500 social housing units.

Aravena was also the first architect to receive the Gothenburg Sustainability Award in 2017 and is a member of the advisory board of the London School of Economics’ Cities Program.

At first glance, the Hunt, LeMans & Johnson Halls dormitory looks like a jewel kept in a jewelry box: a hill on the campus of St. Edward’s University in Austin, Texas.

Its bright red color resembles the color of a ruby. It is a residential complex with more than 119,000 square feet that are intertwined with each other and include a large dining room, a cafeteria and several amenities. When you get closer to the building and enter its interior, the architect’s intention becomes clearer: to create a community for the students.

First Project in the United States

This was the first project of Architect Alejandro Aravena outside Chile. And not in another Latin-American country but in the United States. Nowadays architects build around the globe as if it was a natural thing; but for Aravena it was not. He had to go from the third world to the first one and lead the project there.

The formal commission was to provide new dormitories, about three hundred beds. This included dining facilities, and various services for the students, however, it also had to consider the issue of language and appearance of the building and its relationship to the older buildings on campus.

“We concluded that a bedroom is like a monastery: the focus is on how to organize a collection of small repetitive cells and how to relate them to large special pieces. In the case of the monastery it is about the cells of the monks and how they relate to the refectory and the chapel.

Here it translates into the rooms and the dining room and common facilities. Both have to do with ancient atavistic situations: feeding the body, the soul and digestion,” explains Aravena.in an interview by ArchDaily.

The success of this project was to create a community by emphasizing movement and constant exposure of campus activity through openings and circulation. Dormitory life can be a not very satisfying experience, but Aravena has shown that it can also be a full one within the community, activity and why not, beauty. And Alejandro Aravena succeeded.

Alejandro Aravena took all the above things into consideration. Seven years later, when we were able to visit the Hunt, Le Mans & Johnson dormitory at St. Edwards campus, we appreciate all these aspects in the building still prevailing.

One of the students living in this building said: “it feels very spacious, has a lot of light, and through the windows and wall openings you can see everything that’s going on on campus, so it makes you feel part of the community,” says Eduardo Rodriguez, a sophomore in Interactive Game Design. “Since I arrived on my orientation visits, it was the building I wanted to live in”.

Jessica Piñon, a third-year student in the Business School tells us, “this dorm is my favorite because of its bright and vivid colors. “When I enter the building I feel like I am part of a painting that we can all admire. If we didn’t have this building it wouldn’t be the same inside the university.”

St. Edward’s University awarded Aravena with an honorary degree of Doctor of Humane Letters, honoris causa, at the commencement ceremony for his commitment to improving lives and landscapes with ingenuity and empathy.

A constant word in Aravena’s vocabulary is the feminine word “synthesis”. His philosophy in architecture is to involve the community in the process. “

To synthesize all these forces by introducing the participation of the people in the discussions. This way we can open a consortium of opinions to include it in the design,” says Aravena.

The feminine influence in the project

In this project, women’s participation was important. We salute the women who participated in the project: the group from Chile included Rebecca Emmons; the team from Texas included Tiffany Erfmanczyk, Leyla Shams and Joyce Chen. Their participation and arrangement was nothing less than spectacular.

The design also received recognition in the Architectural Review in London,The Plan in Italy and in Texas Architect.

Alejandro Aravena has been appointed as Chair of the Pritzker Prize Jury as of March 2021, in time for the 43rd award.