DIANA KENNEDY | The other Princess Diana 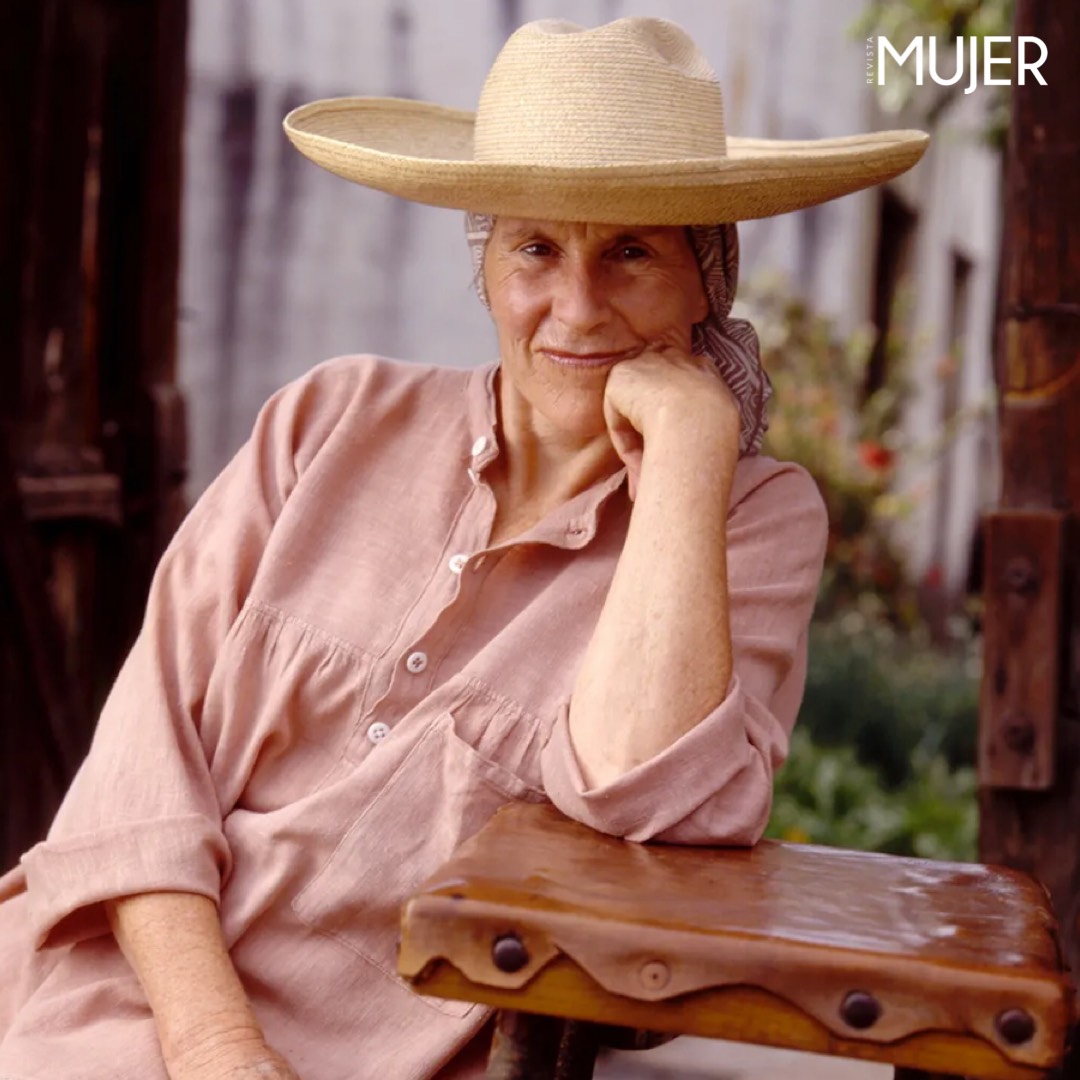 There are not enough adjectives to describe this colossal force of personality of a woman, food writer, photographer, a force defender of the environment, putting Mexican cooking on the map, that barely a few have gone as deep as she did. And all with a regal aura about her.

She received the Order of the Aztec Eagle from México, the highest decoration awarded to foreigners in the country for services given to México or humankind by foreigners. She was also appointed a Member of the Order of the British Empire for strengthening cultural ties between Mexico and the United Kingdom.

Diana Kennedy is also a 2014 inductee into the James Beard Cookbook Hall of Fame. And one of her nine cookbooks, the Cuisines of Mexico,  changed how Americans view Mexican cuisine.

Being a native of England, living in México and as an outsider,  she was able to get and see other greatness in the country’s food that others may have not guessed existed. Even Prince Charles of England came over to her humble home in the ranch in Michoacán, where she served him a royal meal. And she always went out of her way to give credit to those who shared their recipes.

“I want to preserve and protect the culinary traditions of Mexico, and to maintain a healthy and sustainable environment in which to do so.”

I met Diana Kennedy many years ago, working with her in a cooking class and learning how to get black ink from octopus in the sink of a cooking school in Central Market in Austin.

Known for her volatile temper and fierce intolerance for mediocre work at any level  in the kitchen or otherwise, most of the people around her were intimidated, specially if they did not speak Spanish. Being from the North of México myself it was a special treat to make tamales norteños with Diana Kenney.

THIS TEA IS NOT GOOD

When I softly greeted her in Spanish, “Buenas tardes, señora Kennedy”, being the only Spanish speaker in the room, she immediately became soft spoken, and the most reasonable and amicable human being you could have met before.

“How do you want me to cut this, Mrs. Kennedy?” I asked for an ingredient. She  would reply confidingly  “como tu quieras” or as you please my dear. And so we worked all afternoon speaking in Spanish and delivered a cooking class for forty five guests and talked about her latest book.

At the end she said, “let’s have some good cup of English tea, this American tea is no good.” An English woman as she was, she kept her British accent and had tea every afternoon. Later on she wrote a whole book just on tea as well “Nothing Fancy”.

A prolific writer of nine cookbooks, she pour the same passion on writing about each recipe story and spiced with personal anecdotes she encounter while in search for the origins of ingredients and recipes.

She did all this while driving herself an old pick-up truck, with no air conditioner at work and nearly always carrying a gun around  the state of Michoacán, México.

“The Indiana Jones of cooking”, always defending one or two ingredients that are vital for a region and the nation, and at times, getting in trouble, something which never daunted her.

She was known for having pulled out tape recorders when police have tried to get bribes from her on her Mexican travels. You learn so much more than food, such as the geography, culture and traditions of Mexico just engaging with her writing.

Over the course of nearly sixty years, Diana traversed the country, meticulously researching, documenting, and mastering the culinary styles of each region. Now, these traditions are collectively designated as a World Cultural Heritage by UNESCO.

Later on, I met her in San Antonio during a book signing at Melissa Guerra’s Kitchen Store,  Tienda de Cocina, at the Pearl Brewery. It was on the occasion of promoting her book “Oaxaca Al Gusto”. This book was awarded the Cookbook of the Year by James Beard Award.

Diana was always so elegant and it must be noted, with a streak of vanity. Always checking her hair, lipstick and accessories before a class or presentation. “This pair of leather pants make me feel sexy”, she would say in an interview. When I asked her who was her favorite fashion designer she said: “my favorite is the Japanese designer, Issey Miyake”.

Now that I am the editor of this magazine, my intention was to interview her and do a photo session with a trunk show of Issey Miyake clothing. She would have looked terrific. And if I had the means,  give it all to her as a present.

Year later, I met her when I was being referred to her as a  translator with my translation firm in Austin on a personal matter by a movie maker from San Antonio.

This time I was able to get to know her a little better, away from the kitchen. We met and conferred in a series of meetings, working and organizing her documents.

And we also had a long string of emails. Always polite and apologetic because she did not have a fax machine at her ranch and had to go to the local hotel to send me documents late, which bothered her. As an English woman being on time was a cardinal rule.

We met in Austin, one of those times, with her driver and companion at the time, and whom years later became the movie director for her documentary film “Nothing Fancy” released a few years ago.

In one of those visits to Austin later she called me  “Lilia, could you bring me some apples? ,  I don’t have fruit in the house I am staying in, and I am craving apples”.   And so I did, and started another conversation about apples that grow only in an area near Michoacán, where she lived in México, “they are called “Ana Apples”.

I asked if she could be kind enough to send me a photo of them, and she did. She was a great photographer, as she always carried her camera.

“Apples grown on my land. it is called Ana (Anna). It is an apple which is unusual, it ripens in the Spring. It is tart and delicious but does not keep well into old age.” she explained in her e-mail. Her conversations were always so interesting.

And after that I did not see her again though we tried to meet several times in San Antonio. However, her discipline to do only the very best and with the very best ingredients, almost like a 3 star Michelin restaurant mentality, stayed as a standard for those new and old food enthusiasts.

She was always moving, getting things done, and accumulating a treasure of knowledge for all of us to share. She was often called a restless “Culinary Anthropologist”.

As she mentioned in a interview,  “when I get ready to  die I will be still so busy that I will be running late to get to my own funeral”

And so that day finally happened last month of July, 2022.

A 99 years of life well lived and leaving a page of sadness in our Mexican kitchen cookbooks. She was a splendid woman, a steady influence, an inspiration.