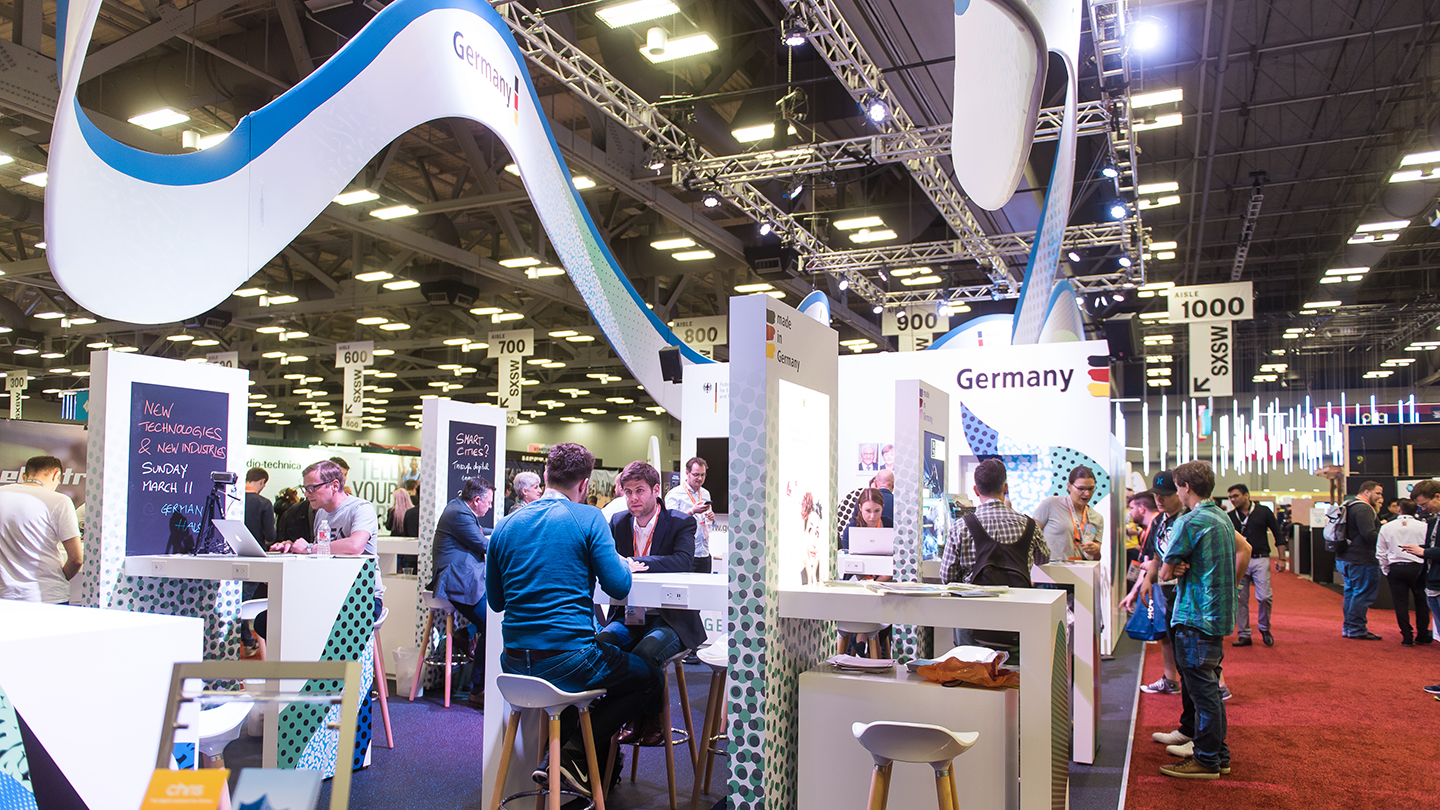 The SXSW 2022 World Trade Exhibition was a fantastic bazaar, mini worlds fair and gypsy market combining the future in technology, food, print, and an endless assortment of oddities. The SXSW exhibition was crowded with visitors, full of enthusiasm and interest and that interest proved contagious.  Significantly for this visitor, the presence of the film world was everywhere in the exhibition hall.

At an intriguing booth sponsored by and featuring Zeiss camera equipment, binoculars and lens makers a retired cinematographer exchanged technical opinions with the Zeiss staff while mentioning that he, the cameraman was scheduled to shoot a feature film in the fall, his first project in years it seemed from the comments he made.

The people with Zeiss congratulated him and offered their help in any way requested when the filming was underway. Before the cinematographer left the booth, the Zeiss staff  presented him with a Zeiss emblazoned baseball cap as well as a knit watch cap similarly tagged Zeiss. “Now you have a cap for both summer and winter” they chuckled. The cameraman left with a smile and a friendly wave.

A few booths to the west, the operation of the German Film Office was in full swing, offering, in place of caps, handsome canvas shopping bags proudly imprinted with “Made in Germany”, German film magazines, and German pastries and sweets.

There was a stack of small cards to be given away, reading ‘GERMAN FILM OFFICE’ brilliant in their graphics and color, irresistible to this writer.

Another visitor was in a deep conversation with the staff at the booth about Rainier Fassbender the director as an actor portraying a  louche futuristic detective in KAMIKAZE 89 and the Netflix series Babylon Berlin.

In another direction I encountered the Tulsa Film Commission. The  people from Tulsa appeared fixated on remedying past neglect and willful ignorance of the tragedy of the burning of Tulsa’s “Black Wall Street”  in 1921. There were photos of that terrible event blown up to poster size and the staff was in full discussion with a group of viewers about the event.

A movie filmed in the 1980s with James Spader, THE KEYS TO TULSA referenced the race riot, the violence and the coverup, but with Fort Worth standing in for Tulsa.  I was most interested in the long last effects on the city of Francis Ford Coppola filming two ot Tulsa’s novelist S. E. Hintors novels there in the early 80s, THE OUTSIDERS and RUMBLE FISH.

I was delighted to hear the film locations for both movies are unofficial Tulsa shrines, and guided tours available.Those sites that still exist, that is,  as at least two of them have either been torn down or submerged in a manmade lake. I also heard of Tulsa’s enormous pride in being the site of the BOB DYLAN MUSEUM, set to open a few months later. Tulsa seems to be on a wave.

At the Costa Rican Film Commission booth I fell into a discussion about Carlos Saura’s epic conquistador drama, EL DORADO which was a retelling of the Herzog’s AGUIRRE WRATH OF GOD tale, Saura’s film shot in Costa Rica in the early 1980s.

Soon I was in conversation with the sole staff member of the booth about Costa Rican pop music, Costa Rican literature, both of which are worth the time to discover.

He, I discovered, was a scholar of William Faulkner, when he asked about the novel I was carrying by Thomas Beer, a favorite writer of Faulkner’s.

Still wandering about, dazzled by the display of the self driving truck, I stumbled into Central Pacific, two young men that have created a denim company, making denim jeans and jean jackets in black, blue and especially for SXSW, white, from selvedge cone denim made in Louisiana, with button made in Kentucky, and assembled as a whole in Los Angeles.

The two young men, Kevin Gustafson and Chris Tippers took the name of their company from the old time transcontinental Central Pacific Railway and their emblem, its famous Golden Spike.

They noted that all their products made in the  USA, bear a black spike on the leather label, and when they achieve their dream of having their denim made in their hometown of Redding California, the leather label on the denim garments manufactured there will feature the golden spike.

The quality of their denim is first rate, 14 ounce selvedge. I was particularly impressed with the white denim jacket.

Bedazzled but tired and hungry, I finally wandered out of the exhibition hall to sample BBQ and stumbled into a poster exhibit of films filmed in Austin which seemed a fitting ending to the afternoon.