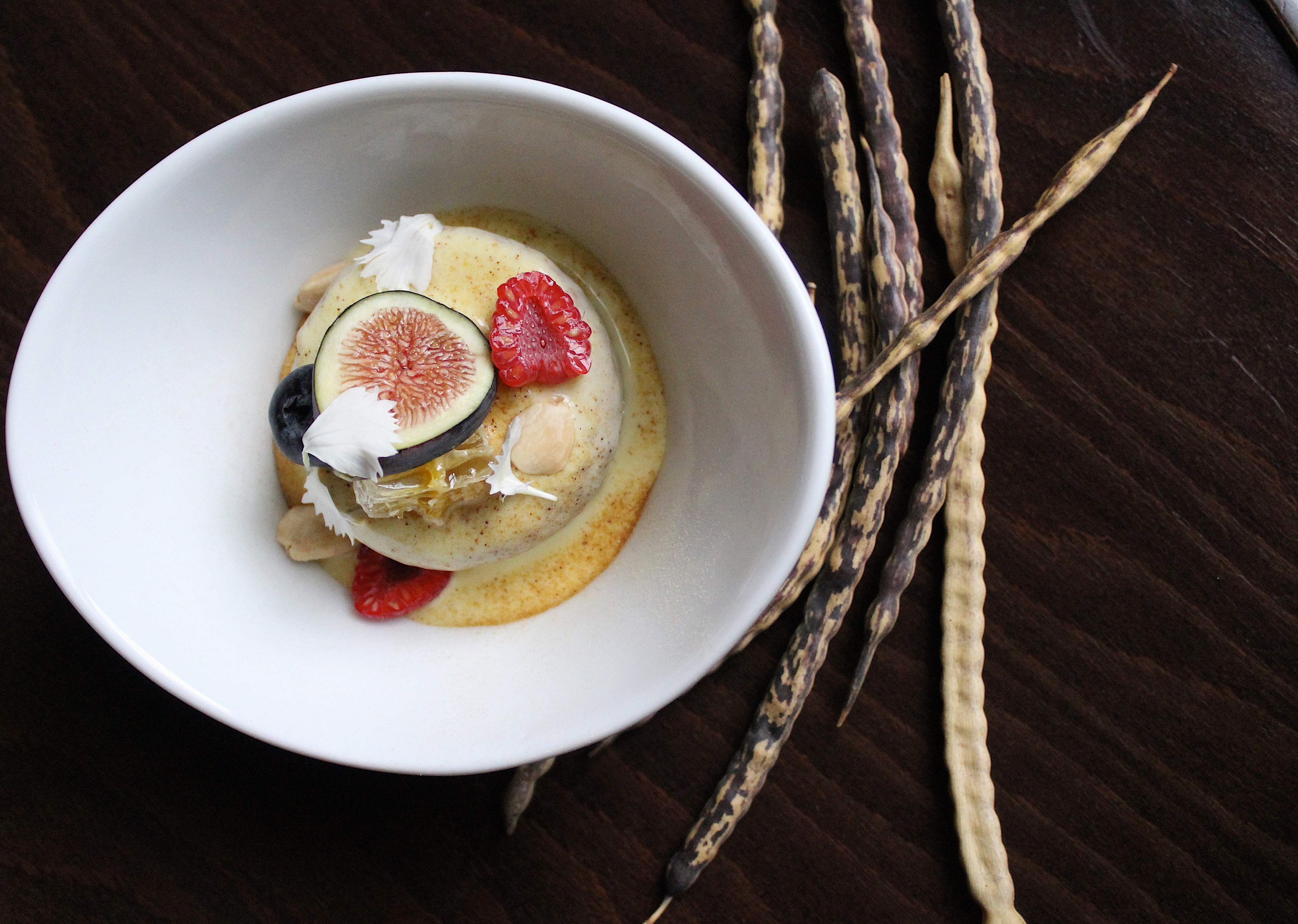 During my tricentennial visit, I had dinner for the first time at Cured restaurant located at the Pearl Brewery. After a generous serving of their charcuterie board, and some of their delicious dinner menu options, the golden finale was a golden Mesquite Cake with horchata ice cream, along with local berries and marcona almonds. Later, I found that precisely this cake was served at the dinner for the King and Queen of Spain on their visit to San Antonio for the tricential anniversary of the city. Chef Steve Mchugh of Cured restaurant, nominated three times as a finalist for the James Beard awards in the food of the southwest category, was invited to cook the royal dinner. I have lived around these beautiful mesquite trees nearly all my life, but I had never imagined that they could produce such an exquisite cake. I asked Campbell Rawlings of Cured how this cake was created.

Chef Mchugh had been exploring many indigenous ingredients and Native American foodways in San Antonio and Texas. One of the ingredientes that he has become fascinated with is mesquite. While mesquite wood is known worldwide for its use in smoking Texas BBQ, few people realize the trees grow nutritious pods and seeds or beans.

Long before San Antonio was even a city, Native Americans used these pods for everything from medicine, alcohol (they would make early versions of beer by fermenting the ground beans in water), and food. One technique was to ground the bean pods into a flour like gruel and make cake.The beans are a great source of protein. While Steve was exploring mesquites culinary past, he realized he could make a nutritious and delicious cake using mesquite bean flour. And so he did. Cured restaurant is located at a renovated historical building erected in 1904, which used to be Pearl Beer’s Administration Building. Cured specializes in handcrafted cured foods, from charcuterie to pickles. The name Cured also celebrates chef Steve McHugh’s victory over cancer.