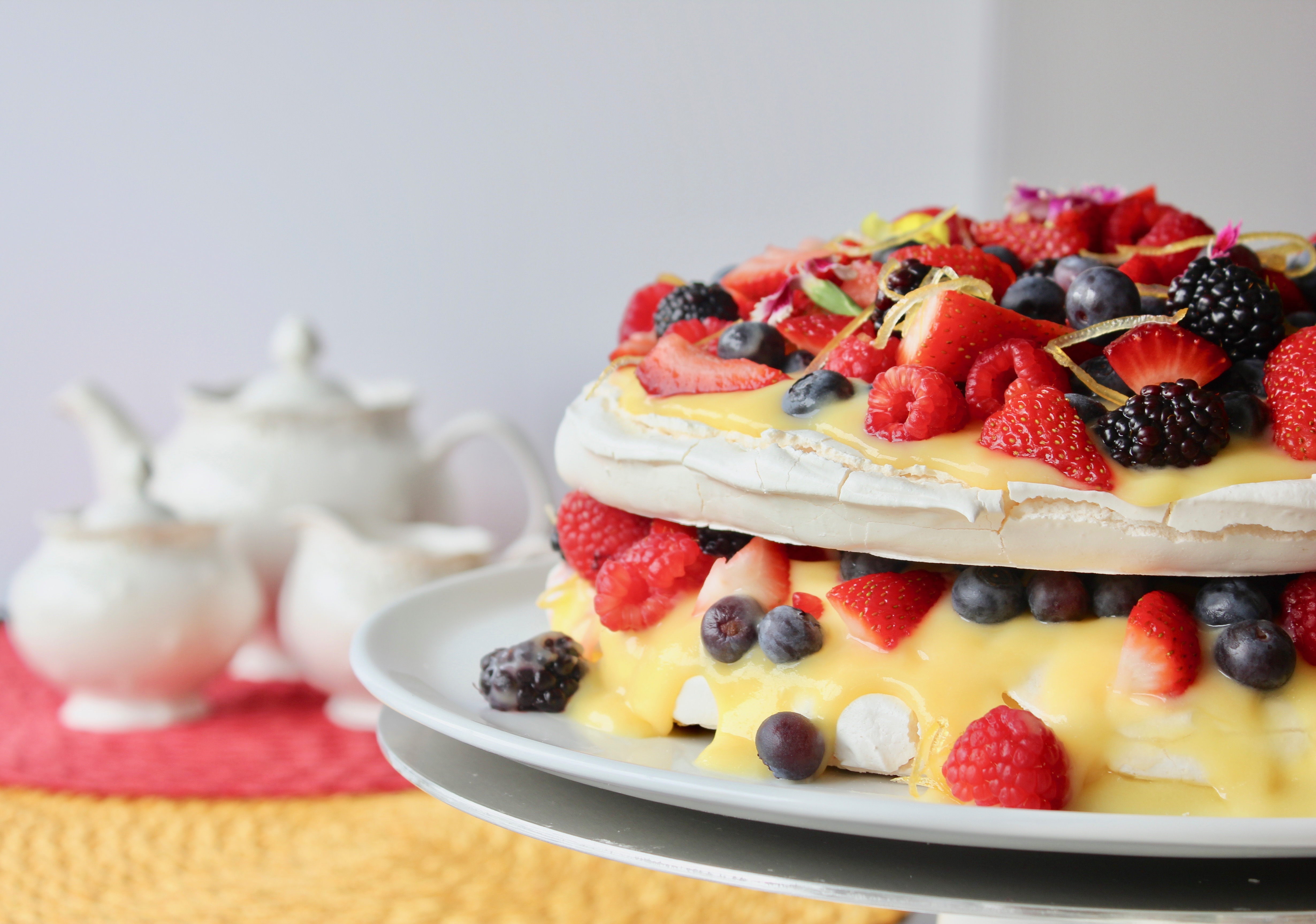 For many, a delicious Pavlova during Easter celebrations makes everything just right!

There’s an eternal discussion between Australia and New Zealand over who invented the Pavlova. Both agree though, it is a meringue-based dessert with fruit and cream, named after the Russian ballerina Anna Pavlova, who visited these two countries in the 1920s as part of a ballet tour around the world. Even Germany has also claimed its invention!

Alejandra Salas, our pastry advisor, brings us this delightful recipe: Place the egg whites in a bowl of a mixer. Beat the egg whites on low speed until they’ve become soft white peaks. Slowly add the sugar and beat increasing the speed until you reach high speed. Add the vinegar and keep beating until it makes firm, stiff peaks.

Divide the meringue into two portions and place each on the two parchment papers. Draw a 9 inch-diameter circle. Turn around the paper and spread the meringue until the edge of the circle. Try to make both circles of the same width and size.

Place both meringues in each of their trays and bake them for 45-60 minutes, until they are dry. Avoid opening the oven during this time.

When ready, take them out of the oven and remove them from the parchment paper. If they stick to it, they are not ready; put them back in the oven until they remove easily. Mix all ingredients in a bowl until combined.

Place the bowl with the mixture into a 2 quart saucepan of boiling water and cook over medium low heat (bain-marie) stirring occasionally. The lemon curd will thicken and is ready when it coats the back of a wooden spoon or when it reaches a hollandaise sauce texture.

Strain the lemon curd with a small strainer, cover with plastic and let it cool before storing it in the refrigerator. Set the meringue over a plate and add the lemon curd on top, spreading it gently and followed by the fruit. Place the other meringue on top, add the rest of the lemon curd and fruit. You can also decorate with edible flowers. And it’s ready to serve. Enjoy!