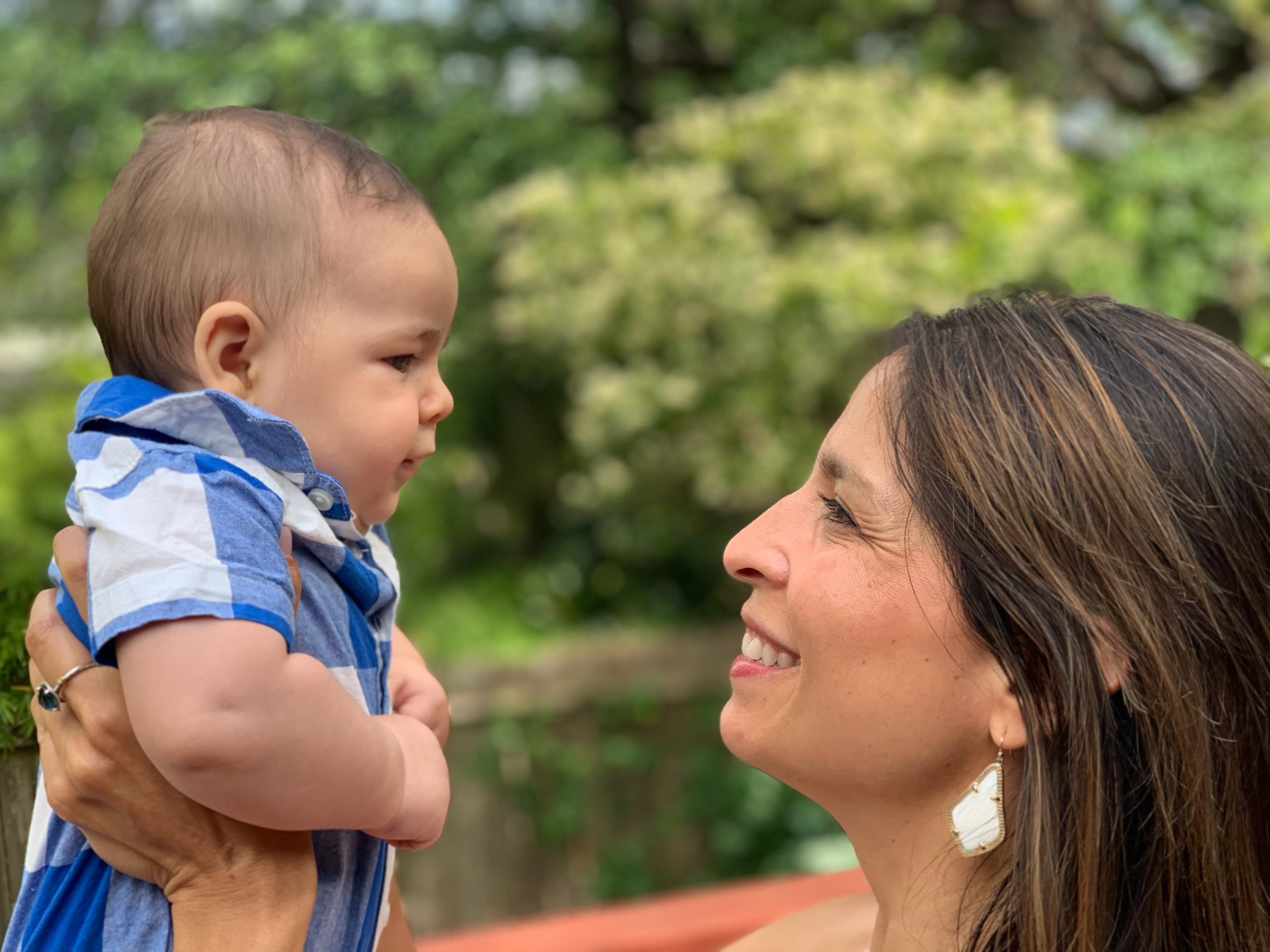 By Daniela Rodriguez and Lilia Davis

Single mothers in the United States

We celebrate this Mother’ day with a special interview with Victoria Piñeyro de Hoyos, a single mother, successful in the world of technology as Manager of Commercial Integrity in Facebook. Victoria was born and raised in Monterrey, México, she obtained a BA in Economics at the University of Texas at Austin, and an MBA in Management Information Systems from St. Edwards’ University. She is certified as Myers-Briggs Practitioner and Project Management Professional.

Venus  Piñeyro de Hoyos always knew that she wanted to be a mom. Before having her daughter, she had already considered being a single mother by her own choice. She thought that if she didn’t get married, she would consider the idea of having a baby as a single mother. Events took a hand though and she later met the man who would become her daughter’s father. But after a little less than two years after the birth of their daughter, they decided to separate voluntarily and thus begins her journey as a single mother. We visited Venus Piñeyro de Hoyos in the facilities of her office during her lunch break at Facebook.

Venus, working in a high profile technology company like Facebook, how does it affect you being a single mother in your work?

Have you been the victim of some kind of prejudice just for being a single mother? If so, how do you handle it?

As for being a victim, it is rather that sometimes people see me as a “victim”, but my decision to dedicate myself entirely to my daughter in these first years of her life has been a personal decision and taken with care.The way I deal with this is using a different kind of language. For example, instead of saying “single mom”, I say “single parent” when appropriate or necessary in some situation.

How do you find a balance between your personal life and your work?

Finding a balance is a constant challenge. I have learned to write a list of priorities and I have developed “alert” systems that tell me when they are affected by my work.

This list of priorities is always headed by my relationship and connection with my daughter and having time for myself. For example I wake up at 5 a.m. and I focus myself on what I call “my 20/20/20” … 20 minutes of writing, 20 of meditating and 20 of exercise. When I don’t do this for more than 3 consecutive days, it is a clear indicator that I am out of balance.

How do you explain that single mothers work double duty?

Well, when you are a single mother, you not only carry your functions that are traditionally feminine, but you also develop functions that are typically masculine, such as, for example, if the lights break down, you become an electrician, or sometimes a mechanic, or a plumber, to solve your most practical house maintenance problems. Many times there is not an option and you have to do it.

What do you advise mothers who are single and feel disoriented?

I think to take care of yourself should be your first priority. Eat well and do everything you can to sleep, exercise and be in touch with nature. Your child needs you but you will only be able to give her what you have if you don’t take care of yourself. I also highly recommend finding a group of other moms not only single mothers but professional women groups like Latinas in Tech, with whom you can share and make your own support community. You will be surprised how many people are available to help you!

Do you think the community offers enough tools for a single mother to raise her children well?

In my opinion, our society and culture have not yet evolved to be able to support a single mother completely and it is related to the economic instability that a single mother who doesn’t have support sometimes suffers.

I think that education is a fundamental and essential aspect to solve the economic instability not only of single mothers but of all women. A good education provides opportunities that lead to higher positions and better salary. That gives them more work options such as in technology companies, which now provide more flexibility to employees, such as working from home on certain days of the week to be with your child. What would you change right now in your life as a single mother?

I would like to establish more emotional limits with my daughter. It is important for me that she does not carry what I am going through at times, and not instill fear, anxiety or insecurity. The more assurance they have in themselves, the stronger their self-esteem. This is important.

A study at Cornell University showed that growing up under the care of single father has its virtues and revealed that these children tend to be more responsible. Do you think that the children of single mothers are better prepared to get ahead in life?

The children of single mothers are constantly exposed to seeing a person solve problems in a creative way since they do not have the option to go home and let someone else take care of them. I think that the example that the children see of constant effort helps them to have a measure of what can be achieved with effort and dedication.

If you know a single mother, let her know that her effort does not go unnoticed. Remind her that she is a great woman and model to follow. Despite being a difficult and full-time job, single mothers show that, for the wellbeing of their children, they are willing to work double duty. However, at the end of the day their greatest reward is that the affection they receive from their children is worth double!