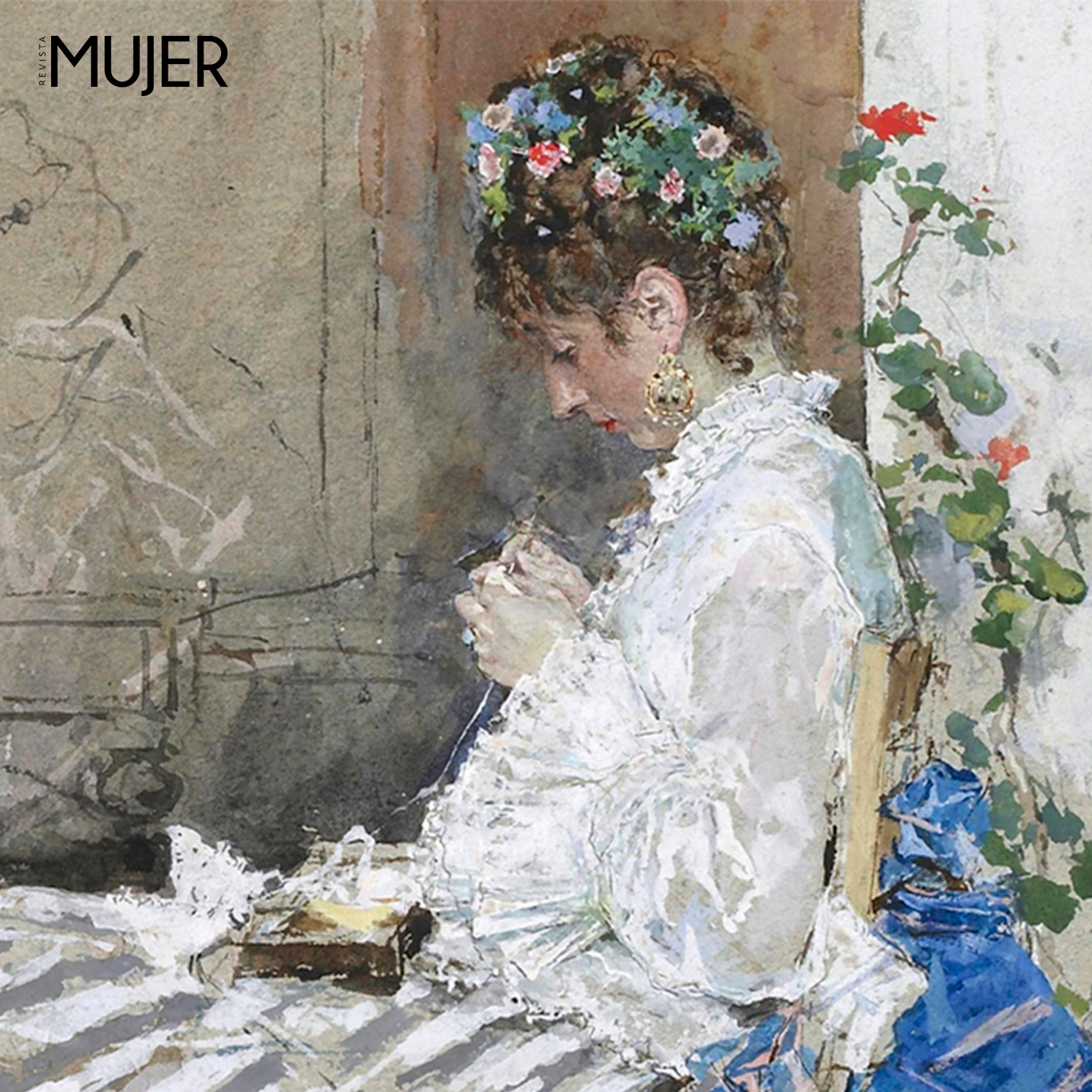 The Prado Museum, officially called El Museo Nacional del Prado, houses one of the best collections of European art in the world and one of my all-time favorites. So when I had the opportunity to visit Madrid last May 2021, I couldn’t pass up the chance to revisit the Prado Museum.

The last time I had visited the Museum was in the summer of 2008 after graduating from an MBA program at Georgetown University in Washington DC. At that time my goals were different, and art, mainly painting, was only a  passion in my life that I would never have imagined would become so essential to me years later.  On this last visit to the Prado Museum, my eyes, my heart, and my being changed..

A LITTLE BIT OF HISTORY

The Prado Museum was built under the reign of Charles II in 1785, a direct commission granted to the architect Juan de Villanueva. Founded as a museum of painting and sculpture in 1819, today is the principal national museum of Spanish art, located in the center of Madrid.

THE PANDEMIC AND THE MUSEUMS

The pandemic during 2020 caused vast crises in all sectors, but especially  in  art as well as the  entertainment industry. Locked in without knowing what to expect, or for how long, imagination and thought opened a way for us to reinvent ourselves. Restaurants and businesses adapted to the new modality.

They could survive through home delivery and online shopping. But museums, theaters, cinemas, how could they survive without the public?  For example, due to the Covid-19 pandemic, in 2020 the Prado Museum’s attendance dropped by 76%. Nevertheless, the Prado ranked as the 16th most visited museum on the list of the world’s most visited art museums in 2020.

During the pandemic the museums began a campaign to promote their collections through virtual tours and staying active on social networks.This  with the sole purpose of remaining present in the minds of the public. However, after three months of  intense planning, on June 6, 2020 the Prado Museum decided to reopen its doors.

Reinventing itself, the Prado Museum relocates its most important works of art in the central galleries of the museum and evokes the museography that existed at the beginning of the museum, when the Prado opened its doors for the first time, creating a unique, distinct, and unparalleled experience.

Relocation of most important works in the Pardo Museum

Thanks to this relocation, we can enjoy a dialogue between great masters separated by distance and time. We can even compare works in continuous spaces and witness the characteristic rivalries of the artists present in the Prado Museum.

This presents a different perspective when visiting the museum and contemplating works by Titian next to Rubens, or Rubens next to Goya, or Velázquez next to Rubens, or Tintoretto next to Titian, and more combinations present in the tour of the museum in the galleries open to the public. A unique and enriching experience.

REFUSE TO USE THE WORD “BEAUTY” OR “PRETTY”

I am currently pursuing a Master of Fine Arts degree in painting at the University of Texas at San Antonio. It is a program totally dedicated to contemporary art where we study very briefly art history. In the program we are asked not to use the words “beauty” or “beautiful” when referring to any work of art. The main reason is to force us to use other qualifying adjectives that further illustrate whatever work of art we are describing.

But on this occasion I cannot avoid using that word beauty when describing the works of the Prado Museum. Beauty is something that attracts us consciously or unconsciously. The definition of beauty from the Royal Academy of the Spanish language is: (1) quality of being beautiful, (2) person or thing notable for its beauty. How not to use this word to describe a work of art if it can stop us for a moment and emit special sensations to our being?

This is what I felt when I was face to face with a painting by Mariano Fortuny y Marsal (b.1838, d. 1874) in the Prado Museum; pure beauty! An artist I had not admired before as on my previous visit to the museum, I had gone straight to see the main (that is the most famous) works: Las Meninas, Las Tres Gracias, El Jardín de las Delicias, and La Familia de Carlos IV. What visitors usually do when they tour a museum in a rush with in mind the time to enjoy other vacation activities.

Nude Old Man in the Sun

On this occasion, and thanks to the relocation of the works, I became obsessed with Fortuny’s paintings, especially two of them: Nude Old Man in the Sun (1871) and The Painter’s Children in the Japanese Salon (1874). These paintings captivated me by their chromatic colors, by their perspective, by the subject, by the delicacy of the artist’s brushstrokes, but mainly and plainly by their beauty.

The Museum’s catalogue says that the painting of the Nude Old Man in the Sun was executed outdoors during a sojourn in Granada. The work is a study, and indeed it was titled as a study when it was shown at the 1878 Exposition Universelle in Paris, where one critic described it as an astonishing anatomical study.

The Painter’s Children in Japanese Salon

In the painting of the Painter’s Children in the Japanese Room, the museum’s catalog explains that the two children that appear in this canvas are the artist’s own son and daughter, Mariano and María Luisa. They rest on the long divan in the Japanese Room at Villa Arata, the Fortuny family’s summer residence in Portici, Italy. Fortuny began work on this painting with the idea of giving it to his father-in-law, the painter, Federico de Madrazo.

However, Fortuny’s sudden death left this painting unfinished, yet it remains one of his finest pieces, and the maximum expression of the audacious pictorial modernity that characterizes his mature work.

I approached both of these paintings, moved away from them, returned and contemplated them again and again, and each time I was more and more impressed.

Another painting that called my attention was the painting about “Queen Maria Cristina and her Daughter, Isabel II.” One of the original things about this panting is that his canvas was displayed on the ceiling of a private mansion in Paris, the Salon Rouge of the Duke and Duchess of Riánsares. Fortuny had to combine many topographical references to the outskirts of Madrid where the various actions depicted took place.

MARIANO FORTUNY IN THE UNITED STATES

I came to discover that there are a couple of works by this master in the National Gallery of Art in Washington, D.C. “The choice of a Model“ is one of the best known works by Mariano Fortuny. Painted at a time when Mariano Fortuny was a true international celebrity.

The client who commissioned the work was the American railroad magnate W.H. Stewart, an admirer of Fortuny’s art. Another of Mariano Fortuny y Marsal’s works in the United States is “Tangier”. Watercolor on paper. ca. 1869 located at the Hispanic Society of America in New York.

We also find the work “Ceciia de Madrazo”, a painting that the artist made of his wife in watercolor on paper. 1874 in the British Museum, and whose image we include on the cover of this article.

BUT WHO IS MARIANO FORTUNY?

Mariano Fortuny was a Spanish (Catalan) painter born in Reus, a city near Tarragona, south of Barcelona, in 1838. Belonging to a family of artisan tradition, he showed from a young age a predisposition for painting. In 1850 he and his grandfather, as he was an orphan by the age of 13, moved to Barcelona and later he managed to enter the School of Fine Arts.

He studied with teachers such as Pablo Mila, Claudio Lorenzale and Lluís Rigalt and the private school of Lorenzale, which determined his inclination for romantic painting. His trips to Rome and later to Morocco, influenced and marked his art to produce some of the best works of Mariano Fortuny.

THE ONLY SPANISH ARTIST WHO ENJOYED INTERNATIONAL FAME DURING HIS LIFETIME

The biography on the museum’s website describes him as an artist who has gone down to posterity as one of the great Spanish masters of the 19th century, and the only Spanish artist who enjoyed international fame during his lifetime. No other artist managed to match his achievement until Sorolla.

In fact, Spanish historian Santiago Alcolea describes Mariano Fortuny as the artist who opened the doors to the world for Sorolla and the Impressionists.

A Collection of art for Kings

This is what the Prado Museum is all about. It is a collection of art for kings and so priceless as on every visit there is an opportunity to discover a new work or rediscover something found in a work already known. On this occasion, my surprise was the discovery of Mariano Fortuny y Marsal. LRM

Mariano Fortuny y Marsal was married to Cecilia Madrazo, and his father in law was Director of the Prado Museum, Federico Madrazo, also a painter. His son, Mariano Fortuny y Madrazo (1879-1949)  became an artist in multiple areas, among them theatre and a stage designer for Wagner’s operas that led him to become a well known fashion and tapestry designer. The iconic editor of Vogue magazine, Dianne Vreeland, and Gladys Guggenheim admirers of his designs, came to acquire one of his prized “Delphos” dresses.

Magdalena Guajardo is a Mexican-American artist born in Monterrey, Mexico. Currently, Guajardo maintains a studio in San Antonio, Texas. In her art studio she produces Realism and Magical Realist paintings. Magdalena Guajardo is currently working towards completing an MFA in Painting and Drawing at The University of Texas by December 2022. She has studied art in Georgetown University in Washington, DC and in Southwest School of Art in San Antonio, TX. She holds degrees in Master’s of  Arts in Liberal Arts Studies and an MBA, both from Georgetown University, and a bachelor’s degree in Economics from the Tecnológico de Monterrey in Monterrey, N.L., México.